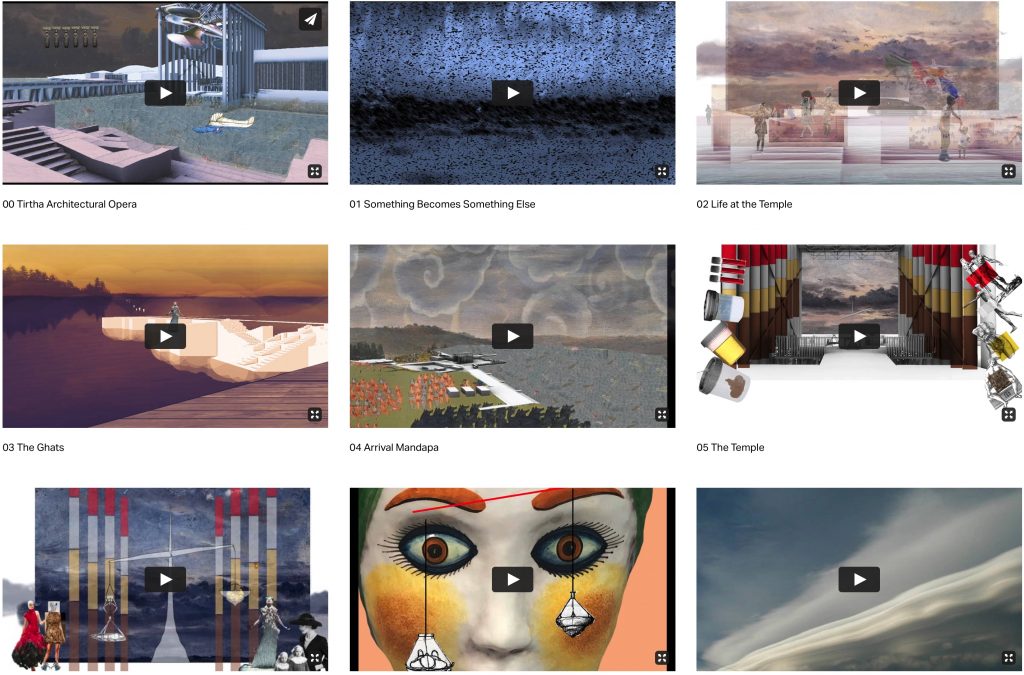 The operatic tradition, in the West, thrills in presenting and re-presenting, the well-worn drama, with exaggerated auditory and visual delight. With Tirtha, OUR aspires to present architecture with the same auditory and visual delight, thereby inaugurating a new tradition for architectural representation. By adding narrative, music and spectacle to it, Tirtha seeks to transform the dull architectural custom of the ‘rendering’ and the ‘fly-through’ into a performance art.

Architecture, in itself, in its forms, structure, orders and progressions, has narrative and theatre already deeply embedded in it. This is well known within the discipline. The objective of architectural opera is to bring the drama of architecture into the public realm in the form of a performing art.

Unlike cinema or theatre, that focuses on the run and nuance of narrative sequence, opera delights in the spectacle of emotion and scenography. Operating in the same registers, an architectural opera seeks to greatly embellish narrative to embellish and make shine the drama and beauty of architecture.