My wife, Caroline Strömberg, is a paleo-botanist at UW’s 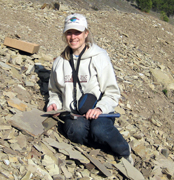 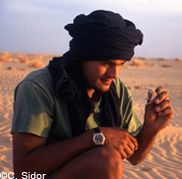 My brother, Jeff Wilson, is a vertebrate paleontologist at the University of Michigan, who studies sauropod dinosaur paleobiology. Although our research organisms are on opposite ends of the body size spectrum, we collaborate on field projects in India and Baja. 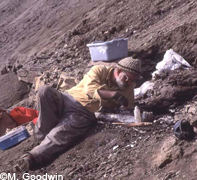 My former Ph.D. advisor, Bill Clemens, is a mammalian paleontologist at the University of California, Berkeley. The Society of Vertebrate Paleontology recently awarded him its highest honor, the Romer-Simpson Medal, for his lasting contributions to the field of vertebrate paleontology.

Kirk Johnson is VP of Research & Collections, Chief Curator, and

a paleobotanist at the Denver Museum of Nature & Science. With Sam Bowring, Will Clyde, and Dan Peppe, we collaborate on K-T boundary studies in northeastern Montana and the Denver Basin. 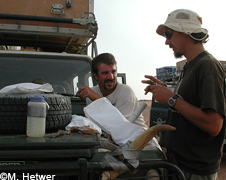 Eric Duneman (L) is a field paleontologist, preparator, and expedition organizer. We’ve teamed up in Niger, Baja, and India. Chris Sidor (R) is a vertebrate paleontologist at UW’s Biology Dept. and Burke Museum of Natural History. His research focuses on basal synapsid evolution and Permo-Triassic vertebrate faunas. He does fieldwork in Niger, Laos, Antarctica, and Wyoming. 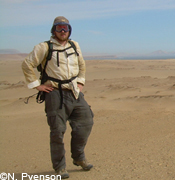 Nick Pyenson, shown here in the Pisco Basin of Peru, was a fellow graduate student at the University of California Museum of Paleontology. His research focuses on the paleoecology, paleobiology, and systematics of living cetaceans and their extinct relatives. 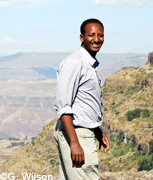 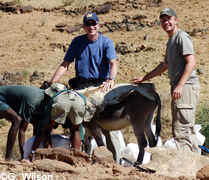 Chalachew Mesfin (L) is a graduate student in vertebrate paleontology at the University of Addis Ababa and an Antiquities Officer for the Authority for Research and Conservation of Cultural Heritage of Ethiopia. Mark Goodwin (R) and Randy Irmis (far right) are vertebrate paleontologists from the University of California Museum of Paleontology shown here loading sediment bags on a donkey. Together, we are investigating Late Triassic and Late Jurassic vertebrate faunas from Ethiopia’s northwestern plateau. 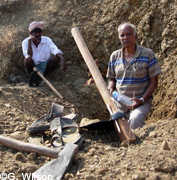 S. Anantharaman (R) and D.C. Das Sarma (not shown) from the Geological Survey of India and R.S. Rana (not shown) from Garhwal University work with Caroline Strömberg and I on a field project in Cretaceous beds of southwestern India. 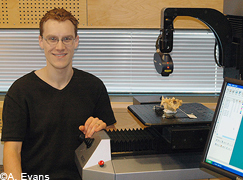 Jukka Jernvall (L) was my postdoctoral advisor at the University of Helsinki. Along with Alistair Evans(M) and Mikael Fortelius (R), we are developing new GIS methods for quantifying mammalian tooth shape and its relationship to diet in modern and extinct mammals. 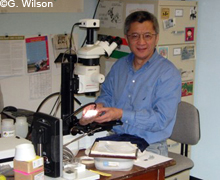 Zhe-Xi Luo is Curator of Vertebrate Paleontology, Associate Director for Research & Collections, and Acting Co-Director at the Carnegie Museum of Natural History. He is one of the world’s foremost authorities on the origins and earliest evolution of mammals. 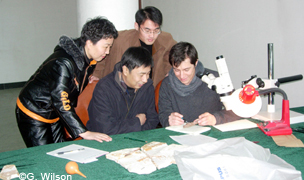 My colleagues from the Dalian Museum of Natural History(L-R) Gao Chunling, Jinyuan Liu, and Wang Xuri are collaborating with Zhe-Xi Luo and I on the analysis of several exquisite mammal specimens from the Early Cretaceous of northeastern China. 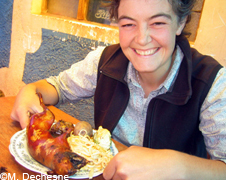 Ingrid Anderson (L) was a paleontology intern and illustrator with me at the Denver Museum of Nature & Science. Along with geologists Bob Raynolds (R) and Marieke Dechesne (far right), we are documenting the vertebrate fauna and geology of the uppermost Cretaceous deposits of the Pawnee National Grassland. 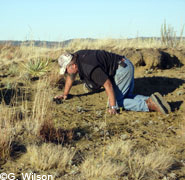 Frank Bliss runs a ranch north of Gillette, Wyoming where he has collected over 250 latest Cretaceous mammal specimens. 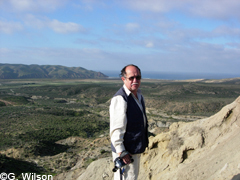 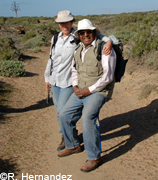 Paul Sereno, a dinosaur paleontologist at the University of Chicago,Didier Dutheil (not pictured), and I are describing the micro-vertebrate fauna from the Cretaceous deposits of Niger and Morocco. 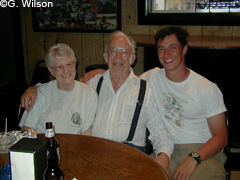 A renowned field collector and Bill Clemens’ right hand man for 30+ years, Harley Garbani has taught me many of the finer points of microvertebrate collecting and having a good time in Montana. His wife Mary also makes delicious enchiladas.

Grace Carter (L), a PhD. candidate at the Univ. of Wyoming, and Mike Poltenovage (R), a MS. student at the Univ. of Colorado, are also both Departmental Associates at the Denver Museum of Nature & Science. Grace and I are studying changes in amphibians leading up to the K-T boundary. Mike is developing PaleOasys a fossil database for use with the Hell Creek Project.