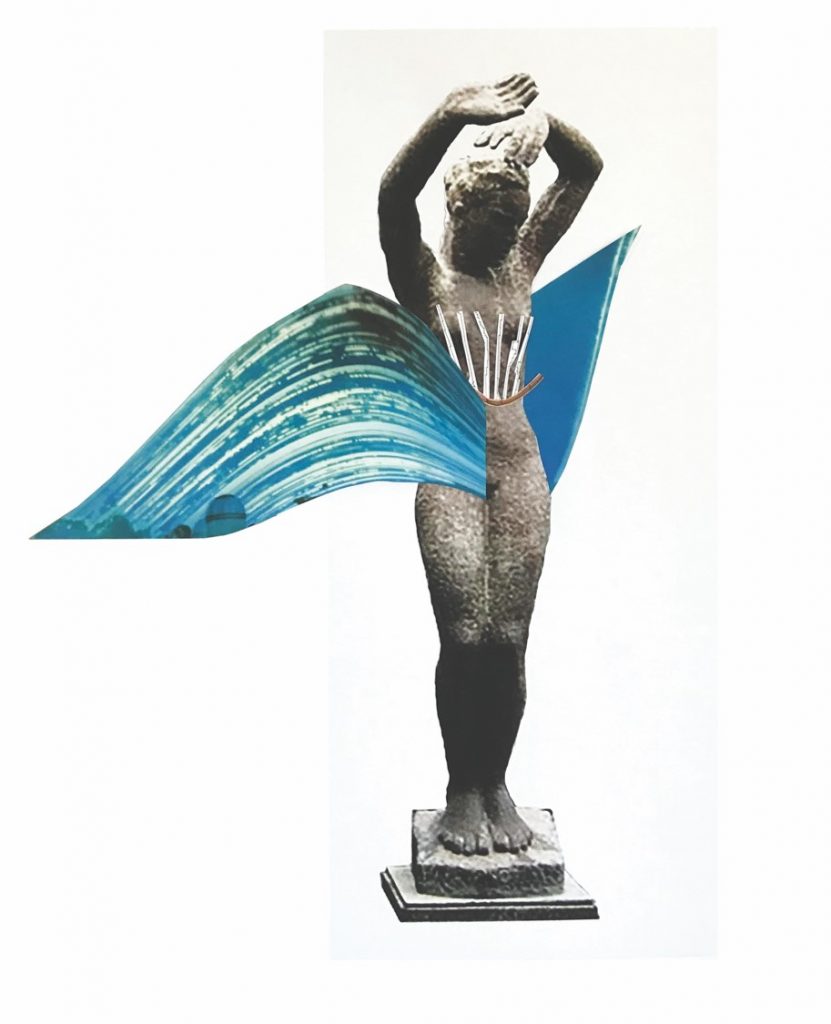 “It is not possible to conceive a garment without the body … the empty garment … is death, not the body’s neutral absence, but the body decapitated, mutilated.” (Barthes, 1967).

Whether it is the complex firing of neurons, or the strange economy of the ego, superego, id, or of the conscious, unconscious – or, of all of the above – it seems inescapable to me that the only site I can identify as being in some way co-located with my experience of being in the world – is my body.

I realize that my coming into being in my body, in the sense of my sense of coming into consciousness as the experience of being alive in my body, is co-temporal with the equally inescapable presencing – as in the sense of impressing upon – of the external world on my coming into consciousness in my body. My coming into being is accompanied by the awareness of the externality of the world, and of the necessity of finding ways of living in this world that is fundamentally outside of me, other to me and to my experience of being. This is exotopia, in my reading of Bakhtin.

The world thus as Other to me; but also undeniable, indelibly real, in the sense of it must be real, even if unknown and unknowable. All I have of this other world, is the evidences of my senses, and my synthetic deductions, all of which accumulate in my world as assumptions about the other, unverifiable as absolute.

THE SLEEPING BODY Arjun Appadurai talks about the sleeping body, the body housed in its own skin, oblivious to the world as the primary kind of housing. This is where architecture begins.

Perhaps it is a consequence of this differential distance from the body that while fashion intimately builds itself off the body, and concerns its work as fundamentally intertwined with the articulation of that body, in architecture the body tends to be held, so to speak, at an arm’s length, enveloped but with ample room to move. As architecture moves away form the body, it seems to suck the ‘juice’ out of it, its emotions, its desires, its fears, its longings.  As a result, the body in architecture is approached more abstractly, via metrics such as ergonomics, proportion and comfort zones, rather than more corporeal discourses such as touch, feel, dance, emote, bleed, hurt, eroticize, ache.