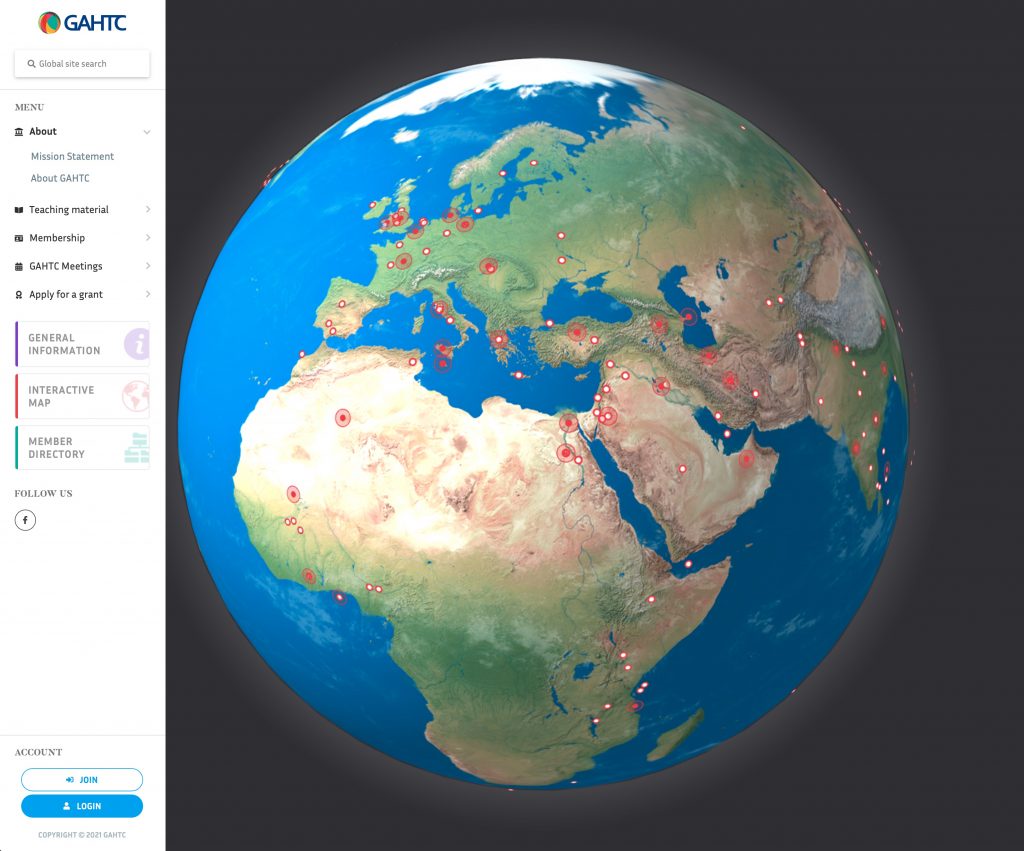 GAHTC, the Global Architectural History Teaching Collaborative, had its origins in informal conversations between Mark Jarzombek and Vikramaditya Prakash, while they were at work on the second edition of A Global History of Architecture (Ching, Jarzombek, Prakash; Wiley 2006, 2010). The purpose of that textbook, which was organized by time-cuts rather than, for example, nation-states or regions or styles, was to offer a framework for instructors in breaking free of the Eurocentric canonical categories that structure the current historiographical narrative. After the publication of the first edition, it became clear that the problem was not just which material to include, but also the deep-seated uncertainty of teachers in presenting this material. This was a problem particularly for junior faculty who are just starting their teaching careers, most of whom had limited exposure to the larger world of history outside of their Ph.D. preparation. And yet, these people were often tasked with preparing and presenting material that, however interesting, appeared strange and daunting to them, since it lay outside the zone of familiar ‘research’. The solution for many teachers was to simply add in a lecture or two encompassing ‘non-western’ material. Another problem entailed the continuing dominance of modernism in histories of architecture; if one looks at the existing body of research in architectural history, one might think that all known history about architecture is confined to the last two hundred years.

What was needed, consequently, was not so much a discussion about how to teach the students, but how to teach the teachers.   To do that, we came up with the idea of a special forum where teachers could self-produce ready-to-teach, lecture materials, which they could then share with each other, and in the process, take the ghost out of the global perspective. That is how the idea of GAHTC was born–as a free, online resource of global architectural history teaching materials created and curated by a collaborative of teachers.

The ambition of the GAHTC is to address the needs of educators in diverse disciplinary contexts by providing practical lecture materials for teaching global architectural history at the survey level. This effort does not preclude more advanced level education, but the main purpose of the Collaborative is to transform the discipline ‘from below’—that is, to help shape the discourse of architectural history by reshaping its teaching at the survey level. Teaching materials produced by the GAHTC will emphasize trans-national and trans-geographical perspectives, providing alternatives to architectural and art history courses organized by nation-based or style-based categories such as Italian’, ‘French’, ‘Chinese’ and ‘The Renaissance’.

Phase 1 of the GAHTC supported the collaboration of a community of scholars from around the world committed to infusing a global perspective within the academic preparation of architectural historians.  It attracted 98 members from the USA, Europe, Canada, Peru, Australia, India, China, Turkey and South Africa and hosted two conferences, in Boston and Chicago, with 50 and 65 registered attendees each. A third members’ conference in Seattle united 90 participants. The rapid growth of the organization, not anticipated in the original planning of GAHTC, is a testament to the timeliness of the effort and the breadth of the interest in GAHTC’s resources.

With the success of the GAHTC1 (2013-2016), we realized not just the viability of the project, but even more importantly, the enormous scale of the problem. For that reason, GAHTC2 (2016-2019) was designed to be even more proactive in helping teachers develop curriculum.

As the GAHTC has developed, so too has the core impetus behind its inception.  The third edition of A Global History of Architecture (Ching, Jarzombek, Prakash; Wiley, 2017) has just been published.  It features full color and longer narratives telling better global stories.

The GAHTC is funded by the Andrew W. Mellon Foundation.