Ok, so the time has come for me to figure out the difference between these two.

One can read a book while lying down (寝たまま) but not while sleeping (眠った状態).

The focus of 寝る is on the fact that one’s body is lying down; hence the opposite is 起きる (to get up).

The focus of 眠る is on one’s eyes being closed and being unconscious/asleep; the opposite is 覚める (to wake up).

The main senses of 寝る are: to sleep; to lie down; to sleep with someone; to be confined (by illness) to bed.

The main senses of 眠る are: to reduce activity and fall unconscious; to be inactive; to die.

In both cases the first sense is shared between the two terms, while the remaining senses are specific to the given word.

The main difference, then, seems to be that 眠る always refers to being asleep, whereas 寝る does not necessarily do so.

This sense, however, seems to obtain primarily when used by itself and taking an object, as in the following example sentence:

There is a more common (and easier) meaning in prewar texts, where it usually is the verb “suru” in the mizenkei form “se” with the causative auxiliary verb “shimeru.”  That is to say, it is equal to “saseru” in meaning.  So, consider the following sentence quoted in Tsuboi Hideto’s Koe no shukusai (1997), p. 151:

作者と読者とを高度に結合せしめるような綜合形式.  An integrated form that closely connects writers and readers. 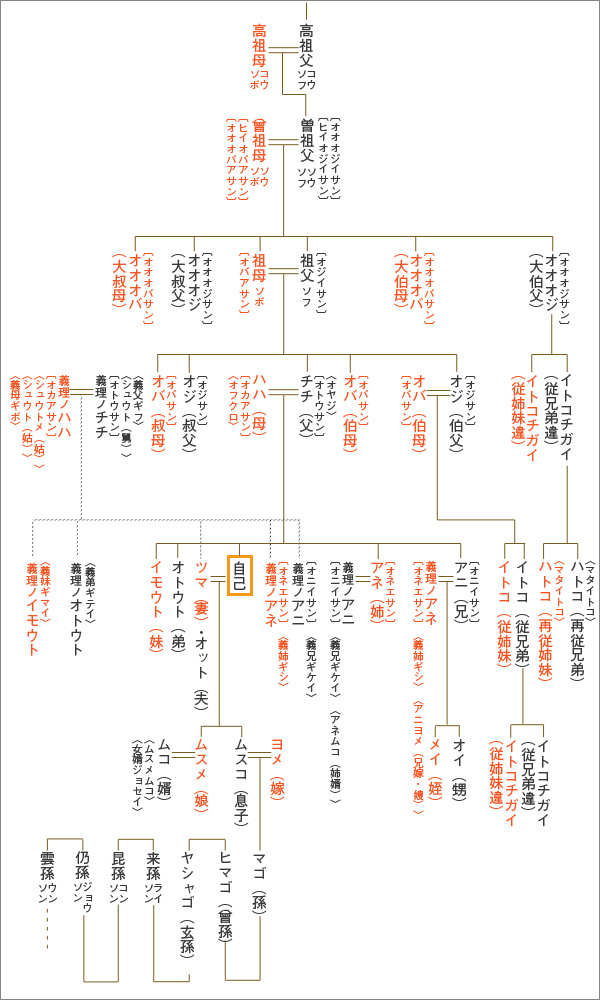 These can also be written in kanji, and can sometimes be hard to look up, so here they are:

Note that these are not fully interchangeable in practice.

Another unusual use of 「を」

Consider the following sentence from 『黒流』:

At first, the second 「を」 particle might suggest that two or three of the horses, likely because they have been startled, might have caused the sleeping ones (the other horses?) to jump up.  This, however, is not what is happening.  Our first indication is that the verb 「飛び上がる」 is an intransitive verb.  This is not what is happening, however.  Instead, imagine that a verb such as 「やめて」 has been elided after the particle; the meaning would then become, “Two or three of the horses, apparently because they were startled, stop sleeping [they wake up] and leap up.”

As we discussed in class, this is odd because horses almost always sleep standing, and this verb suggests they leap from a non-standing position to a standing position, though the native speakers I asked all agreed this would likely not mean “reared up on their hind legs.”  Perhaps our author was as unfamiliar with horse sleeping habits as I am.

More important is this use of 「を」, more about which I will write soon.

Between 1946 and 1949, a number of kanji were simplified.  As a result, when you read texts from before this time, it is common to encounter characters in their old form (旧字体).  The link below takes you to a chart that shows the characters that were changed, in both their old and new forms.

There are two functions of ほど that may throw you off when you first encounter them.  The first is a sentence such as this:

Here it is synonymous with くらい or ぐらい: The repairs will take about a week.  You will know that it is functioning in this way when it follows a quantity.  Note that it is not used with times or dates that do not involve duration.

The other unusual use of ほど is actually just a stealth version of the basic “extent” sense.  Consider this example:

This sentence, which is the title of a film by Kurosawa Akira, means “The more evil someone is, the better they sleep.”

This sentence means, “The more the words were of that sort, the more clearly and distinctly he could hear them.”

This ほど is not actually a different sense; it can be thought of, instead, as an abbreviation “であればあるほど”.

Some valuable things to keep in mind when composing your translations:

Why didn’t the writers catch these mistakes? Probably because they were looking at their intentions — what they meant to say — not the words they put on the page… They’re nearly always over-reading, alive to the writer’s intention, as if the writer were somehow immanent in the sentence, looking over the reader’s shoulder, expecting the benefit of the doubt. (read more)

Here we have another ambiguous reading.  With the okurigana of kasu, this can be read odokasu or obiyakasu.

When the word in context means “to frighten/threaten (a person),” either reading is acceptable.  When the meaning is “to threaten (something other than a person)” — that is, when it used is abstractly — it is read obiyakasu. As a general rule, when what is either threatening or being threatened is not a person, then obiyakasu is used.

When the meaning is “to surprise (a person),” the reading is odokasu.

As for the reading when the only okurigana is su, although there is an archaic obiyasu, it will in most cases be read odosu.

The verbs 開く and 開ける can be read as either aku or hiraku and akeru or hirakeru, respectively.  How do you know which reading is correct?

The choice between aku and hiraku can be particularly tricky with doors.  If there is a single door, then it will aku.  If there are two doors that open away from one another, as a pair, then they hiraku. The first and third sentences are both hiraku because of the figurative sense of this sort of motion: the ocean parts to the two sides, and the book opens on the hinge of its spine. 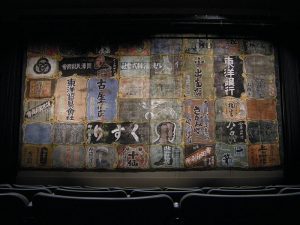