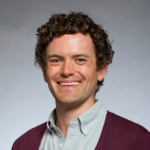 Sam Burden earned his BS with Honors in Electrical Engineering from the University of Washington in Seattle in 2008. He earned his PhD in Electrical Engineering and Computer Sciences from the University of California in Berkeley in 2014, where he subsequently spent one year as a Postdoctoral Scholar. In 2015, he returned to UW EE (now ECE) as a faculty member. Sam is broadly interested in discovering and formalizing principles of sensorimotor control.
links: website bio papers talks 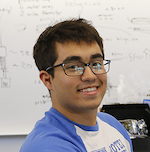 Ben Chasnov received his BS in Engineering from Harvey Mudd College in 2016. Working at the intersection of control theory, online learning and game theory, Ben focuses his research on the theory and design of multi-agent learning algorithms. The analysis of such algorithms is studied in the context of human/computer interaction, computational neuroscience and aerospace applications. Ben is a Maker at heart and, in his downtime, loves to tinker with food, drink, code and wires.
links: website 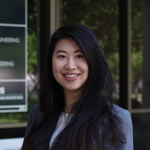 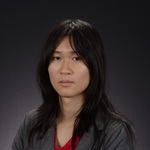 Ember Chow earned her BS in Intelligent Systems Engineering and her BA in Mathematics from Indiana University, Bloomington in 2022. She is currently a PhD student in UW ECE. Ember has pursued research projects into haptics, human-computer interaction, and soft-robotics as an undergraduate, and is currently interested in projects at the intersection of haptics, controls, robotics, mechatronics, and human-robot interaction. In her downtime she’s an avid Magic: the Gathering player and hobbyist prose fiction writer. 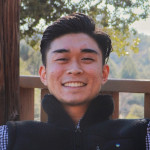 Jason Isa earned his BS with majors in Electrical Engineering and Management Science and minors in Entrepreneurship & Innovation and Mathematics from the University of California, San Diego in 2022. He is now a PhD student in UW ECE and co-advised with Lillian Ratliff. As an undergrad, Jason pursued research in computer vision and robotics in the context of intelligent and safe automobiles. Jason is now focusing his research at the intersection of control theory and game theory in the context of human-machine interaction and design. 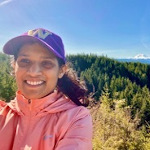 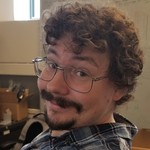 Joseph Sullivan earned his BS and MS in Electrical Engineering from the University of Washington in 2016 and 2019, respectively; he is now a PhD student in ECE. Joseph is currently pursuing research projects related to legged robots, lower-limb prosthetic and assistive devices, and dynamical human-machine interactions. 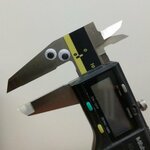 Joshua Vasquez picked up a BS in Engineering from Harvey Mudd College back in 2014. After a brief industry stint at two hardware startups, Joshua now focuses on mixing control theory with robotics hardware design to explore the sensing and dynamic capabilities of robot limbs. Off hours, you’ll find them running, tinkering, writing, or making modestly coherent guitar noises.
links: website 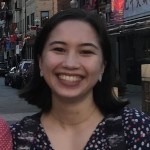 Annika Pfister is a neuroscience major at Wellesley College. She worked with Maneeshika and Amber on a REU project sponsored by the Center for Neurotechnology to implement dynamic learning rates in adaptive decoders. Her research interests include neuroprosthetics, closed-loop sensorimotor control, and noninvasive neural interfaces. 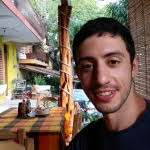 Bora Banjanin earned his BS in Electrical Engineering from the University of Washington in Seattle in 2013. He returned as a PhD student in 2014 to the University of Washington. Bora’s research sought to find principles of control in neuromechanical organisms, translate these principles to robots, and then leverage both approaches to improve dynamic human-machine interfaces. After receiving the PhD in ECE, Bora went to Amazon as an Applied Scientist. 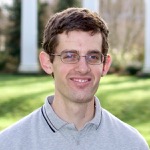 Andrew Pace earned his BS in Engineering from Swarthmore College in 2009 and MS in Electrical Engineering from the Colorado School of Mines in 2012. His research at Mines focused on control of wind turbines. Before coming to UW, he worked for a few years at the Johns Hopkins University Applied Physics Laboratory. His research at UW included experimental robotics and nonsmooth systems. After receiving the PhD in ECE, Andrew went to VELDAR as an Electrical Engineer. 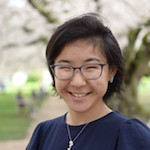 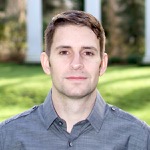 Jake Baldassini previously worked for the US Coast Guard and studied at the Coast Guard Academy. His MS thesis, entitled “An Examination of the Effects of Deformable Foam Contact Surfaces on Robotic Locomotion”, was completed in 2017. He subsequently returned to active duty in the US Coast Guard. 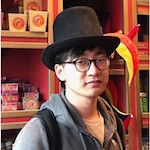 Tianqi Li earned his BE in Mechanical Engineering from Xi’an Jiaotiong University in Xi’an in 2016. His master’s thesis focused on deadbeat control for legged robots. His research interests include locomotion, manipulation and robotic networks. He subsequently entered the ME PhD program at Texas A&M. 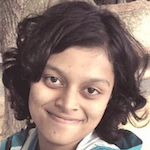 Shruti Misra obtained her BS in Electrical Engineering from the University of Washington in 2016, with a focus in Embedded Systems. During her time in the lab, she volunteered with and taught in the Pipeline Project. She subsequently entered the ECE PhD program at UW Seattle to work with Denise Wilson. 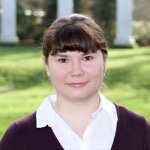 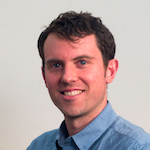 Tom Libby received his doctoral and bachelor’s degrees in Mechanical Engineering from the University of California, Berkeley, where he was also the Technical Director of the Center for Interdisciplinary Bio-inspiration in Education and Research (CiBER). In 2017, he joined UW as a Postdoctoral fellow at the University of Washington Institute of Neuroengineering, where he worked in collaboration with Sam Burden in Electrical & Computer Engineering and Tom Daniel in Biology. He subsequently became a Senior Research Engineer at SRI International. 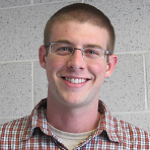 Ryan Robinson was previously a researcher at ARL Adelphi working with Will Nothwang and earned his PhD at UMD. He was a postdoc in our group for a year, splitting his time between UW and ARL. He subsequently became an Engineer with the Attitude Determination and Control Team at Spaceflight Industries. 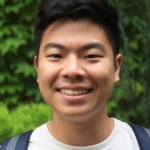 SeungHoon (Liam) Han earned his BS in Mechanical Engineering from Virginia Tech in 2016. His master’s thesis focused on design and evaluation of a cable-driven haptic testbed for legged robots. He subsequently joined the bioengineering firm amyris as a mechanical engineer. 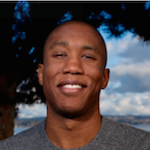 Darrin Howell earned his BS in Neuroscience from the University of Washington in Seattle in 2014. Following graduation, Darrin participated in two post baccalaureate research appointments in the biology and bioengineering departments at UW. Darrin served as a research scientist and lab manager from 2016 to 2018, helping to launch the AMP Lab and mentor two cohorts of AMP Fellows. 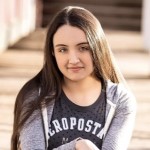 Alyssa Giedd is was an undergraduate student studying Applied Physics at the University of Washington working with Joseph on a spring mounted payload suspension system. She previously worked on developing a remote emulation of a controller for usage in quantification of motor defecits in individuals with cerebral palsy. She’s interested in robotic learning and control, dynamics of motion, and visual perception and processing. 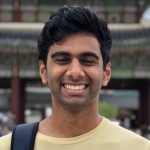 Akhil Mandala is was undergraduate student at the University of Washington who worked with Joseph and Ben on developing sensorimotor games for demonstrating principles of human-machine interaction.
links: website 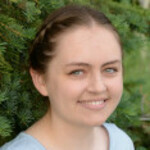 Lauren Peterson is was undergraduate student studying Electrical & Computer Engineering at the University of Washington. She studied movement learning strategies in people with and without impaired movement in our group, and participated in an REU site at the Johns Hopkins University under the supervision of Prof Noah Cowan.