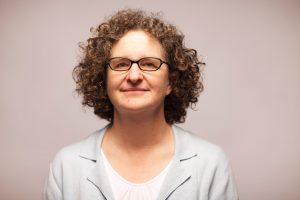 The Ocean Climate Variability Lab studies how changes in climate and ocean variability are linked.  We use satellite and in situ observations along with climate model output to examine the relationships between ocean properties including temperature, salinity and circulation and air-sea interaction, chemical, heat and fresh water transport.

Observations of the ocean are at the core of what we do.  We also use high resolution models to critically evaluate the ocean component of CMIP class climate models.

I grew up in Northern California where I spent most family vacations either at the beach on Monterey Bay or backpacking in the Sierra Nevada Mountains. I started my undergrad at UC San Diego, and then transferred to UC Davis where  I studied physics, math, and geophysics , and my first research experience was working with a professor who studied air-quality in the National Parks. My first field experience was working was near Mono Lake California. At Mono Lake, a shallow saline lake on the east side of the Sierra’s, we studied air quality near the lake where winds often pick up sediments on the lakeshore.  I also built a cardboard, duct tape and trash can contraption that we used to study light absorption by smoke using a laser and a filter.  I heard later that it was used for several years after I left UC Davis.

After I graduated, I then worked as an electrical engineer at Varian, a large engineering company in Palo Alto, where I was the youngest engineer of 60 in the group I worked in and the only woman.  I quickly realized that I wanted to go to graduate school in physics, and I chose Harvard University because they had a program that appeared to allow physics students to work on earth science problems.  I started to work with a solar physicist to study coronal mass ejections and Kelvin Helmholtz instability.  However, my advisor did not have funding for me for the summer.  I was fortunate to be awarded a summer student fellowship at the Woods Hole Oceanographic Institution to work on tidal flow across the Strait of Gibraltar using moored observations with Harry Bryden and Tom Kinder.  While in Woods Hole, I discovered geophysical fluid dynamics and met Bill Young (now at Scripps Institution of Oceanography) and decided to switch to oceanography.  I returned to Cambridge and cross registered to start to take classes at MIT.  I used those courses to finish the requirements for a masters in physics at Harvard.   I then entered the MIT/WHOI Joint Program.  Bill Young left MIT after my first year, and I was lucky to have Glenn Flierl at MIT become my advisor.  Along the way, I went on a 17 day research cruise in the Strait of Gibraltar with Tom Kinder.

I came to UW and worked with Peter Rhines and Mitsuhiro Kawase as a post-doctoral fellow, and then joined the faculty in the School of Oceanography as an assistant Professor.  Since then I have worked with awesome colleagues across the University on ocean dynamics, tracers in the ocean, and the ocean’s role in climate.

I served as Director of the Program on Climate Change for six years.  Through this I got to know faculty and students across campus who care deeply about the future of the planet and who are doing ground breaking work to understand our climate system, the changes that we are seeing now, and what we expect will occur in the future.