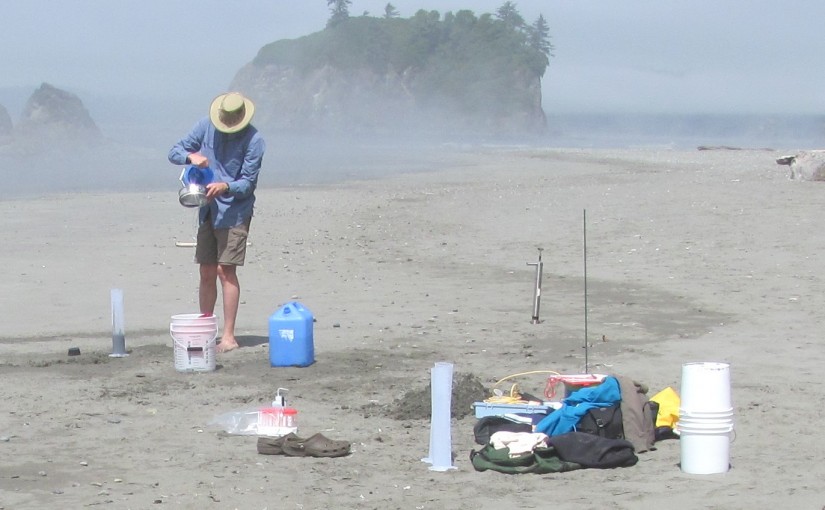 Interstitial meiofauna are small metazoan animals that live in between grains of marine sediments. They are typically between 40 µm and 1 mm, and inhabit one of the most widespread habitats on earth. They may represent one of the most diverse communities, yet little is known about the forces shaping community structure, species distribution and abundance. Many morphologically identified meiofauna species appear to be cosmopolitan (i.e. they occur all over the world), even though they lack dispersal larval phases allowing colonization via ocean currents. However, species identification is problematic in these tiny organisms, and meiofauna may disperse actively and passively as adults. Here, we combine second generation DNA sequencing technologies, recently developed statistical approaches and established ecological knowledge to assess the relative importance of geography (i.e. dispersal), biology (body size, dispersal ability) and environment in shaping meiofauna communities inhabiting sandy beaches in South Africa, Europe and the US west coast. We use sandy beaches, because they represent linear discrete habitats that have been well characterized physically and ecologically, and that provide important ecosystem services but are strongly affected by anthropogenic threats. We will use second generation sequencing techniques to establish the distribution of phylogenetic groups and test whether environment, ecological function or taxonomic position affect their global distribution. The research is a hypothesis driven exercise that will likely afford important insights into an ecosystem that is both of inherent scientific interest and may be very useful in providing bioindicators for pollution and global change.