In collaboration with the Washington Department of Health and the Centers for Disease Control, we  just published a new paper investigating spatial and temporal trends in rabies prevalence among Washington bats. We found that the highest number of positive rabies cases occur between July and August. We also found that how bats are encountered is significantly associated with rabies positivity. For example, dogs are more likely to catch a rabid bat than cats;  additionally, bats found outdoors are more likely to test positive for rabies than bats found inside a house.

We also found that rabies prevalence varied among species, ranging between 2-11% positive. However, because some species (e.g., Myotis spp.) look nearly identical, they are  commonly misidentified. This suggests that genetic barcoding may be necessary to accurately assess species-specific patterns. 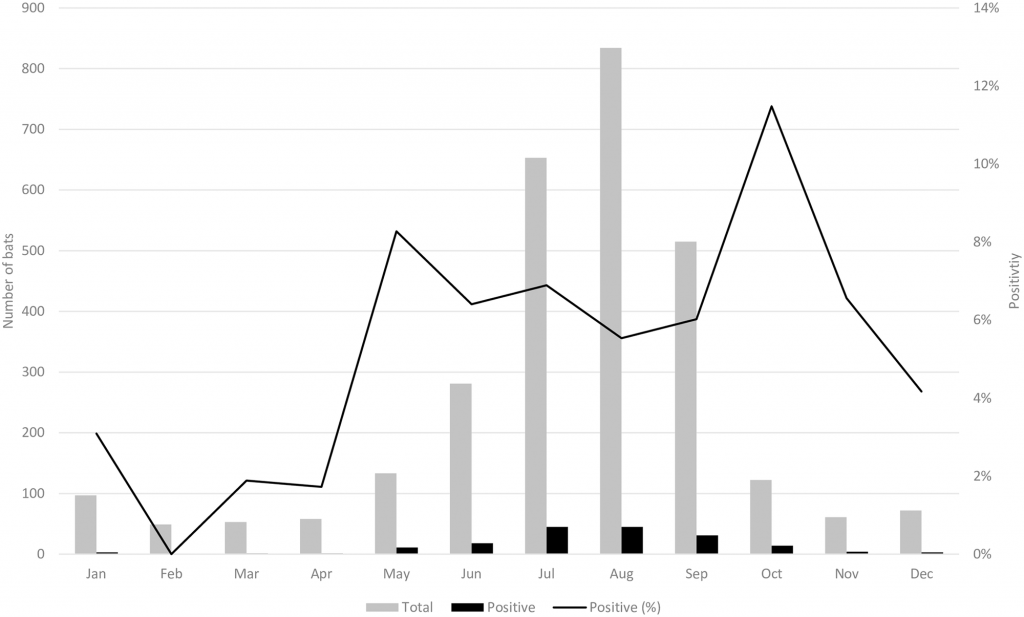 Seasonal trends in the number of bat submitted for rabies testing in Washington State and how many test positive.