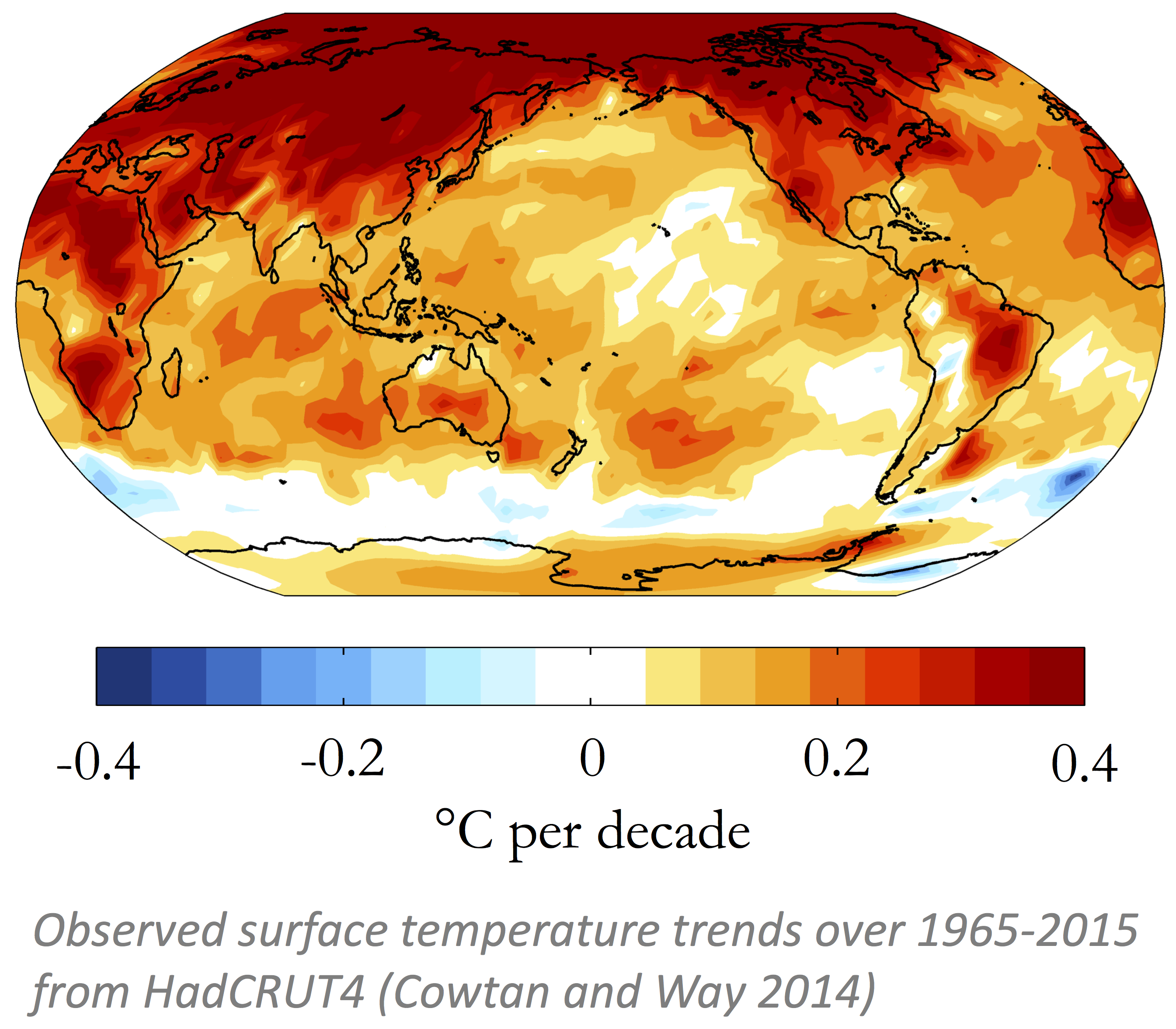 Oceans and Climate
The oceans play a primary role in setting Earth’s climate and its changes. We use a range of tools — including comprehensive and idealized models and analysis of observations — to study the role of ocean circulation in climate dynamics. Recent and ongoing work examines: how ocean circulation contributes to differential rates of warming and sea-ice loss in the Arctic and Southern Ocean; the role of ocean dynamics in temperature variability in the Atlantic, Pacific, and Southern Oceans; and how continental configuration shapes ocean circulation, climate, and climate change. Recent papers on oceans and climate: 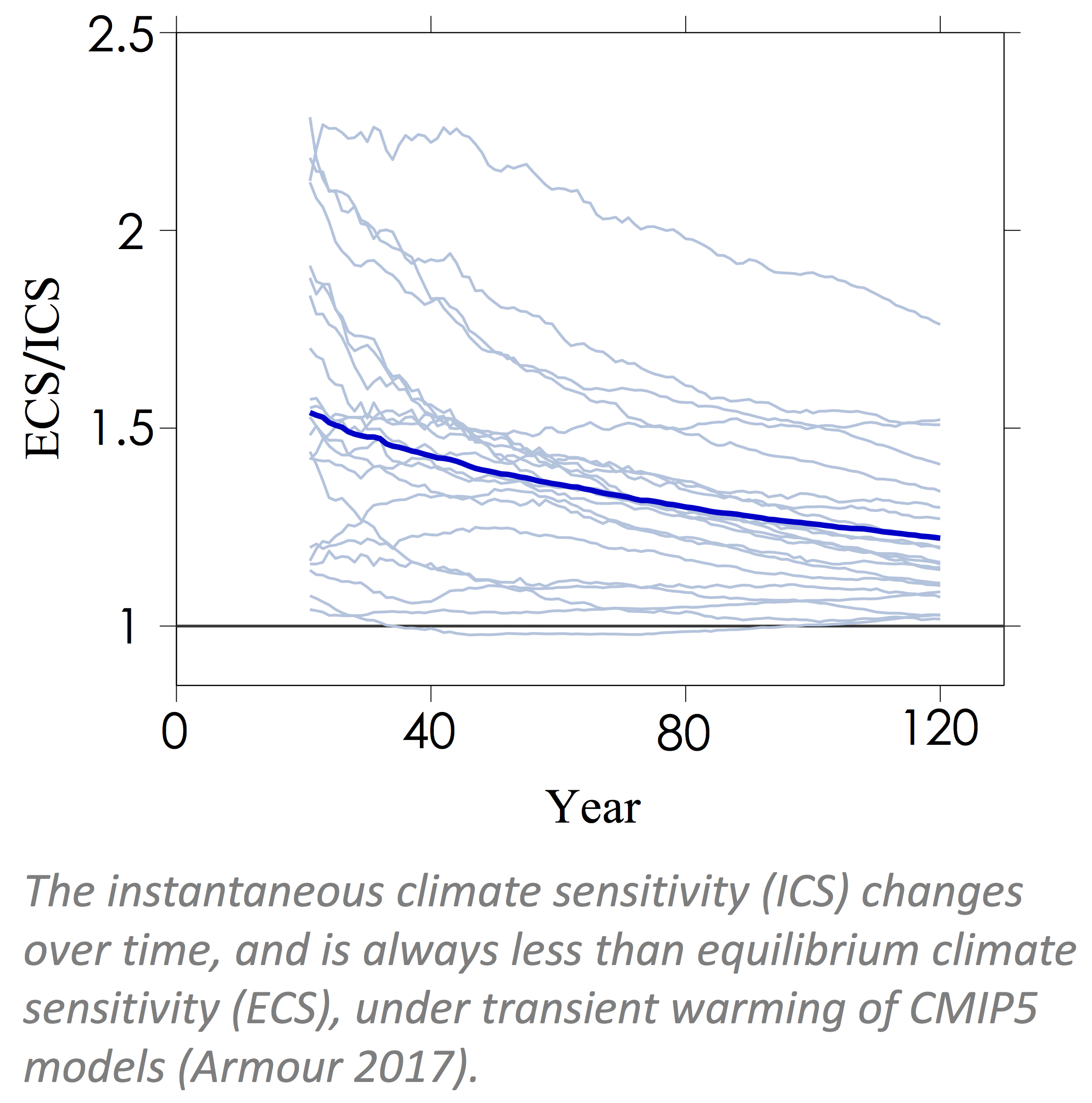 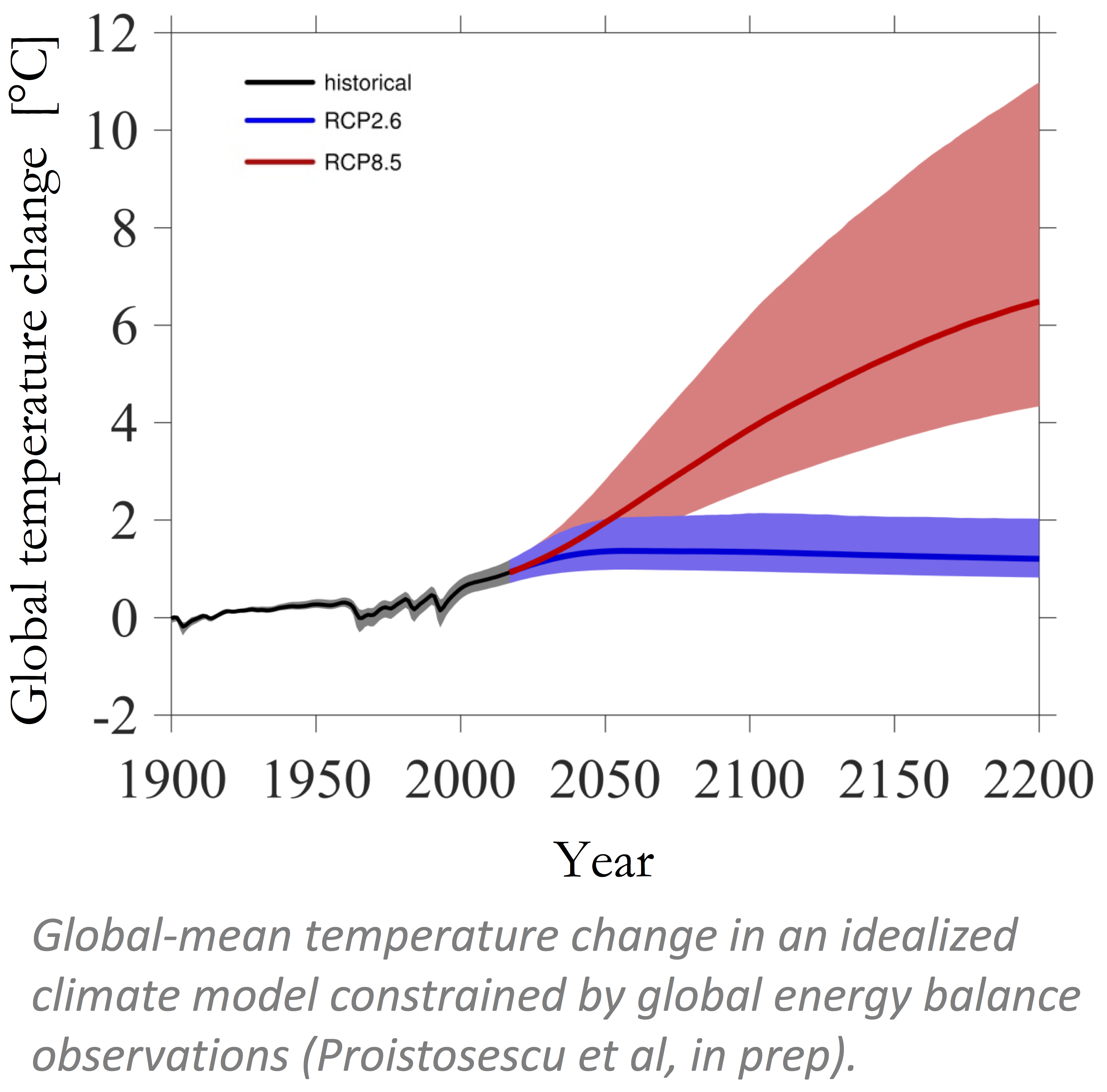 Integrating models and observations for improved climate prediction
We are working to characterize and improve global and regional climate predictability using idealized models that replicate the behavior of the coupled climate system but have the ability to formally assimilate observations in a Bayesian framework to constrain future climate. Current and ongoing work seeks to incorporate multiple sources of evidence (such as instrumental and proxy data, and climate model output) and to account for multiple forms of uncertainty (such as natural variability, observational error, and model error). Recent papers on integrating models and observations: