I will be giving a public talk as part of the Pacific Science Center’s Science Café series. This series seeks to bring scientists and public together in casual settings to talk about topics of interest. I’d love to see you there! 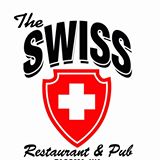 In the past, native Olympia oysters formed reefs that served as important habitats for creatures on the mud bottom of Puget Sound. They were driven to commercial extinction in the 1940s and failed to recover on their own. Washingtonians have banded together to bring them back to their former glory. A successfully restored population shouldn’t need human intervention and should be able to naturally spread throughout the region. In this talk, Dr. Bonnie Becker will discuss how to track microscopic baby oysters to determine if restored oysters are able to repopulate themselves.