In a continued attempt to figure out what we can do about the tanner crab RNA, Steven tasked me with using an RNeasy Kit to cleanup some existing RNA. 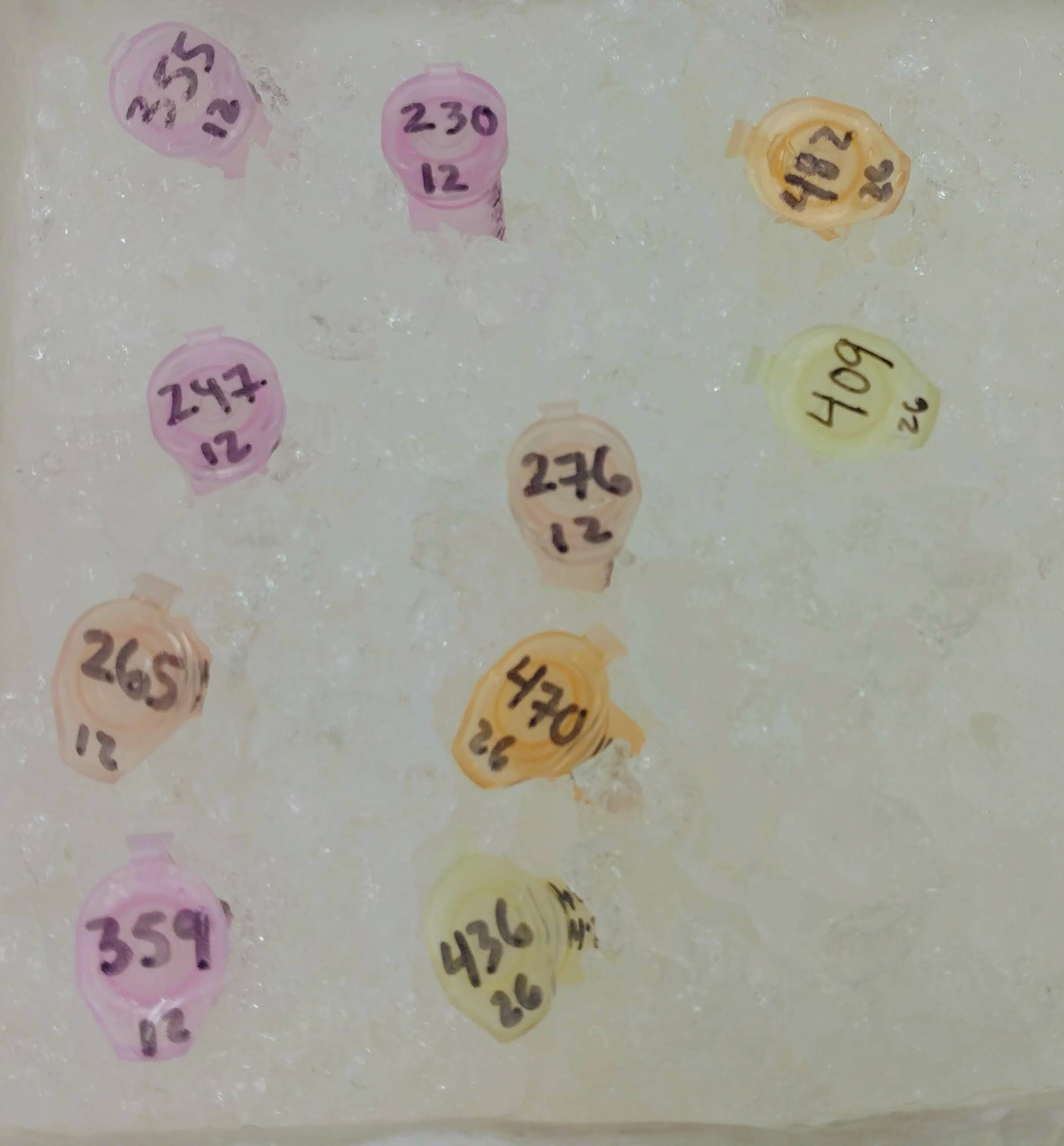 All of the RNA had some sort of undissolved/insoluble material present. Here’s an example (this is the worts of the bunch – others did not have such large/dense pellets): 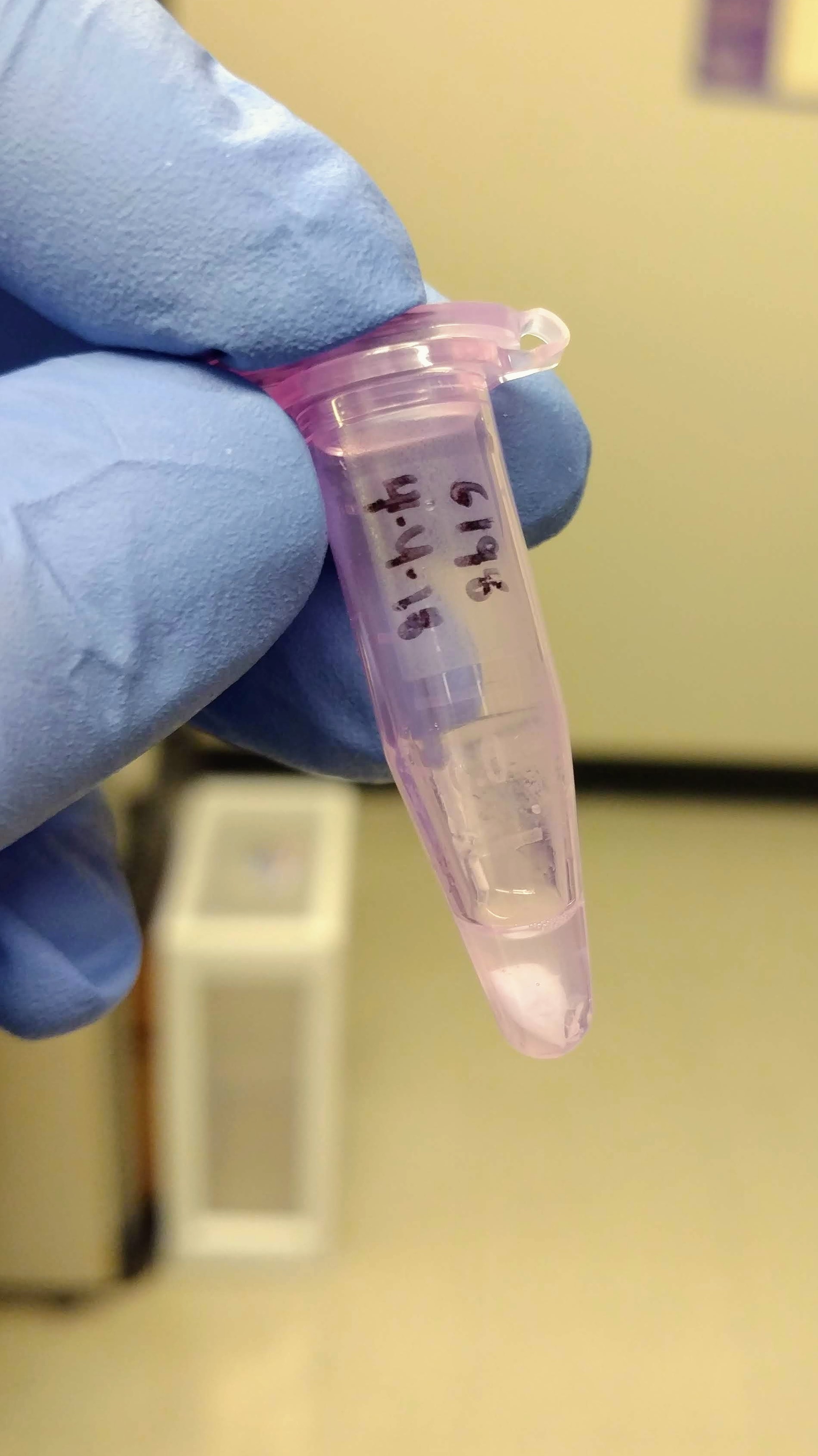 Samples were cleaned up using the [RNeasy Plus Mini Kit (Qiagen)]. Added 350uL of Buffer RLT Plus (no beta-mercaptoethanol added) to each sample, vortexed, and then processed according to the manufacturer’s protocol (skipped gDNA Eliminator spin column step).

Samples were also assessed with the Roberts Lab NandoDrop1000.

Samples were recovered from the pedestal after measurement.

All concentrations were too low for detection via NanoDrop.

Will share info with Grace and let her compare these numbers to her original concentrations to see if there’s any differences.

Regardless, based on my earlier RNA isolation today, these samples should now be much cleaner and we should be able to trust the Qubit quantifications.