Widely praised when it was first published and now considered a classic by many, Southern Labor and Black Civil Rights chronicles the southern industrial union movement from the Great Depression to the cold war, a history that created the context for the sanitation workers' strike that brought Dr. Martin Luther King, Jr. to Memphis in April 1968. Michael K. Honey documents the dramatic labor battles and sometimes heroic activities of organizers and ordinary workers that helped to set the stage for segregation's demise. 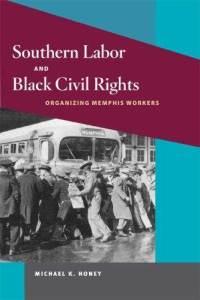