"All Labor Has Dignity"

People forget that Dr. King was every bit as committed to economic justice as he was to ending racial segregation. He fought throughout his life to connect the labor and civil rights movements, envisioning them as twin pillars for social reform. As we struggle with massive unemployment, a staggering racial wealth gap, and the near collapse of a financial system that puts profits before people, King's prophetic writings and speeches underscore his relevance for today. They help us imagine King anew: as a human rights leader whose commitment to unions and an end to poverty was a crucial part of his civil rights agenda.

Covering all the civil rights movement highlights-Montgomery, Albany, Birmingham, Selma, Chicago, and Memphis-award-winning historian Michael K. Honey introduces and traces King's dream of economic equality. Gathered in one volume for the first time, the majority of these speeches will be new to most readers. The collection begins with King's lectures to unions in the 1960s and includes his addresses during his Poor People's Campaign, culminating with his momentous "Mountaintop" speech, delivered in support of striking black sanitation workers in Memphis. Unprecedented and timely, "All Labor Has Dignity" will more fully restore our understanding of King's lasting vision of economic justice, bringing his demand for equality right into the present. 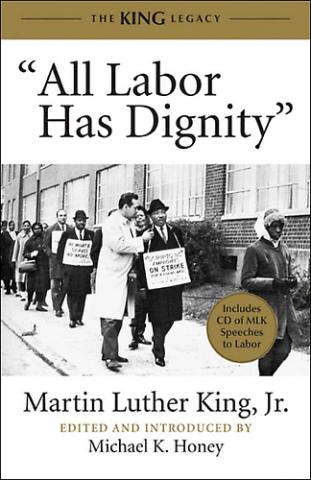