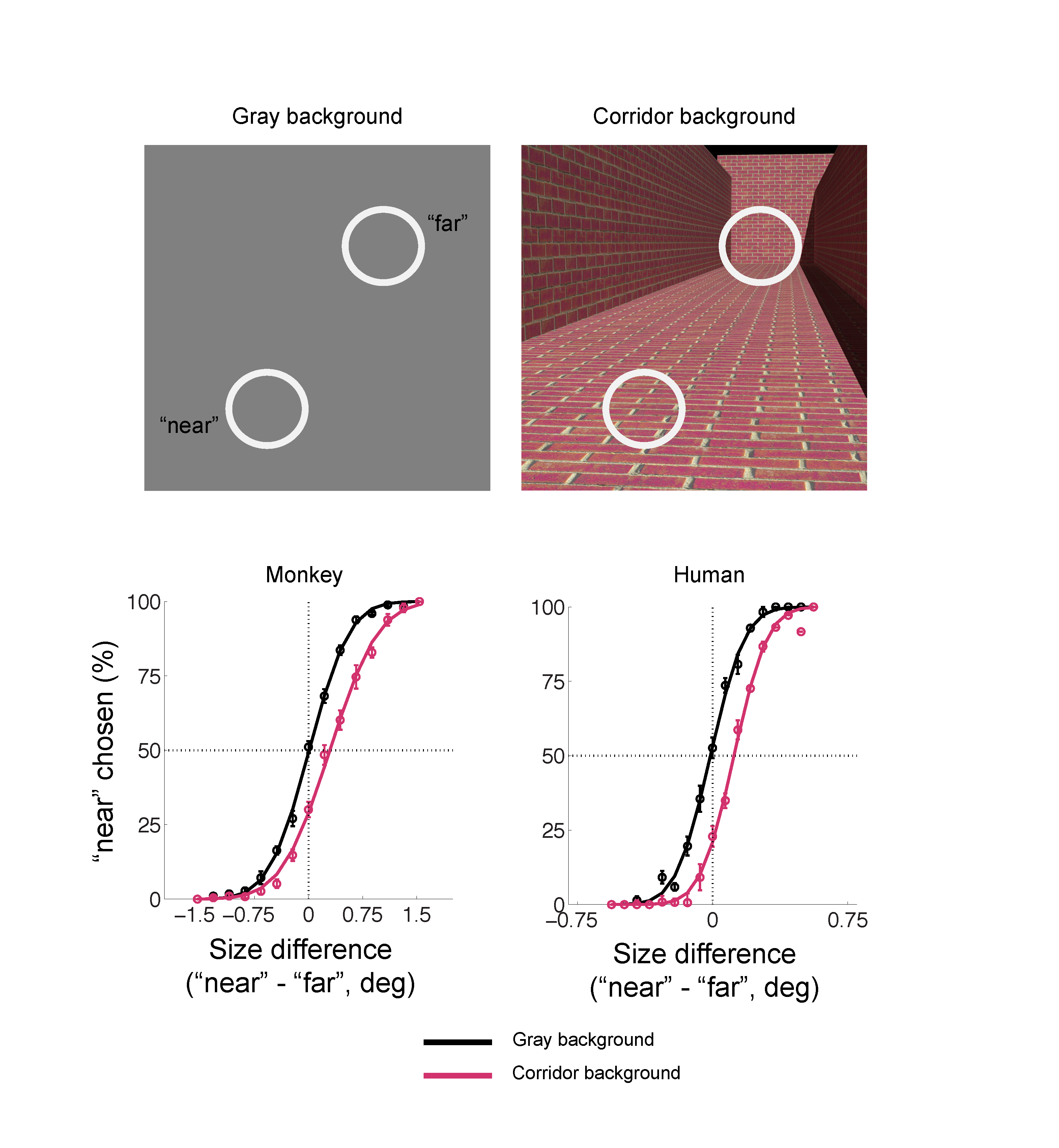 A visual stimulus of a given retinal subtense appears larger when it appears to be far away. This fact is demonstrated by the “corridor illusion.”

Monkeys experience this illusion too. We trained monkeys to look to the larger of two rings. When the rings were presented on a uniform, gray background, the monkeys performed the task correctly (black curve, bottom left panel). When the rings were presented on the image of a corridor, the monkeys tended to pick the ring at the “far” position more often than they should (red curve, bottom left panel). Human subjects behave this way too (bottom right panel).

A neural correlate of this illusion was found in human V1 using fMRI (Fang et al. 2006). With our collaborator, Scott Murray, we are measuring the electrical responses of neurons in area V1 of the monkey to probe the neural basis of this phenomenon.