The purpose of this research is to provide information needed to identify sites for the restoration of the native Olympia oyster. These oysters were once abundant throughout Puget Sound, where they served as important habitat for a large number of plants and animals, including salmon prey. They also supported a large commercial fishery, but due to a combination of overfishing, poor water quality, and shoreline changes, they went commercially extinct in Puget Sound in the 1940s. The majority of the oysters that are raised in Puget Sound today are the Pacific oyster, offspring of a species that was originally imported from Japan.

The Puget Sound Restoration Fund (PSRF), a non-profit group, is working with partners to restore the native oyster to the Sound. The ultimate goal of almost all restoration efforts is to build up populations that are able to sustain themselves with new offpsring, and hopefully provide offspring to other sites. The problem is that it is quite difficult to determine where new offspring come from. Most marine organisms, including Olympia oysters, release microscopic larvae that can swim weakly, but are mostly at the whim of the currents for days to weeks. A single mother can produce hundreds of thousands of larvae, most of which will die. So how on earth do we track these tiny oyster babies?

For this project, we do this by using chemical fingerprints in their tiny shells as a marker of where they have traveled. Basically, we take advantage of subtle differences in water chemistry and the environment among the sites where larval oysters could have come from. We create a “fingerprint” of that chemistry by collecting early larvae who have not been released by their mothers yet. A number of different elements are measured to make this complex fingerprint. We then look at the shells of the early settlers, individuals who have now left the plankton and are no longer larvae, and use the fingerprint to backtrack where they came from. Sounds easy, right?

With this information, PSRF can plan restoration sites so that they will be self-sustaining and naturally seed the surrounding area with minimal human intervention. We hope to contribute important data to help this dream become a reality.

Historically Ostrea lurida provided key ecosystem services to Puget Sound, while also yielding cultural and economic benefits to humans. Populations were reduced to low numbers by overharvest, water pollution, and the introduction of non-native predators. Despite decreased water pollution and the absence of commercial harvest in the modern era, self-sustaining populations of O. lurida have not reestablished. Therefore, several restoration projects are underway in the Puget Sound and elsewhere.

The extent that restored populations self-seed, supply recruits to other restoration sites, or exchange larvae with other subpopulations is currently unknown. Without this knowledge, the ecological value of the substantial investment by management agencies and restoration practitioners cannot be fully quantified. To date, population genetics has been used to study the connectivity of native oyster populations in Puget Sound. Although this information is useful, restoration is occurring on shorter time scales (years) than genetic analyses, which integrates multiple generations (decades). For example, a few immigrants per year from outside populations can homogenize genetic signatures; but a few immigrants may not be as important as substantial self-seeding from a restoration perspective. Trace-elemental fingerprinting, however, is a powerful tool that provides population connectivity information on finer spatial and temporal scales.

We will use trace-elemental fingerprinting to examine the larval connectivity between a newly-restored population of O. lurida in Fidalgo Bay and other populations around Puget Sound. O. lurida broods larvae within adults before release of a shelled veliger into the plankton. During this period, a detectable chemical signature indicative of local seawater is imparted to the larval shells. When the signatures from brooded shell from source subpopulations are known, an unknown settler can be assigned to a probable subpopulation of origin. This technique has been employed around the world on a variety of species, and has been established for O. lurida in California by Carson (2010).

The transport of O. lurida larvae to and from a newly-restored subpopulation will be assessed via three steps: conducting initial surveys of brooded larvae around the Puget Sound to create reference signatures (A), and comparing the reference signatures to those detected within planktonic larvae (B) and settlers (C) captured in Fidalgo Bay but of unknown origin. Using  this approach, we will determine the probable sources of newly settling individuals.

We have accepted the “Up-Goer Five” challenge to describe our scientific work using only the most common 1000 (ten-hundred) words in the English language. More information about the challenge can be found here. 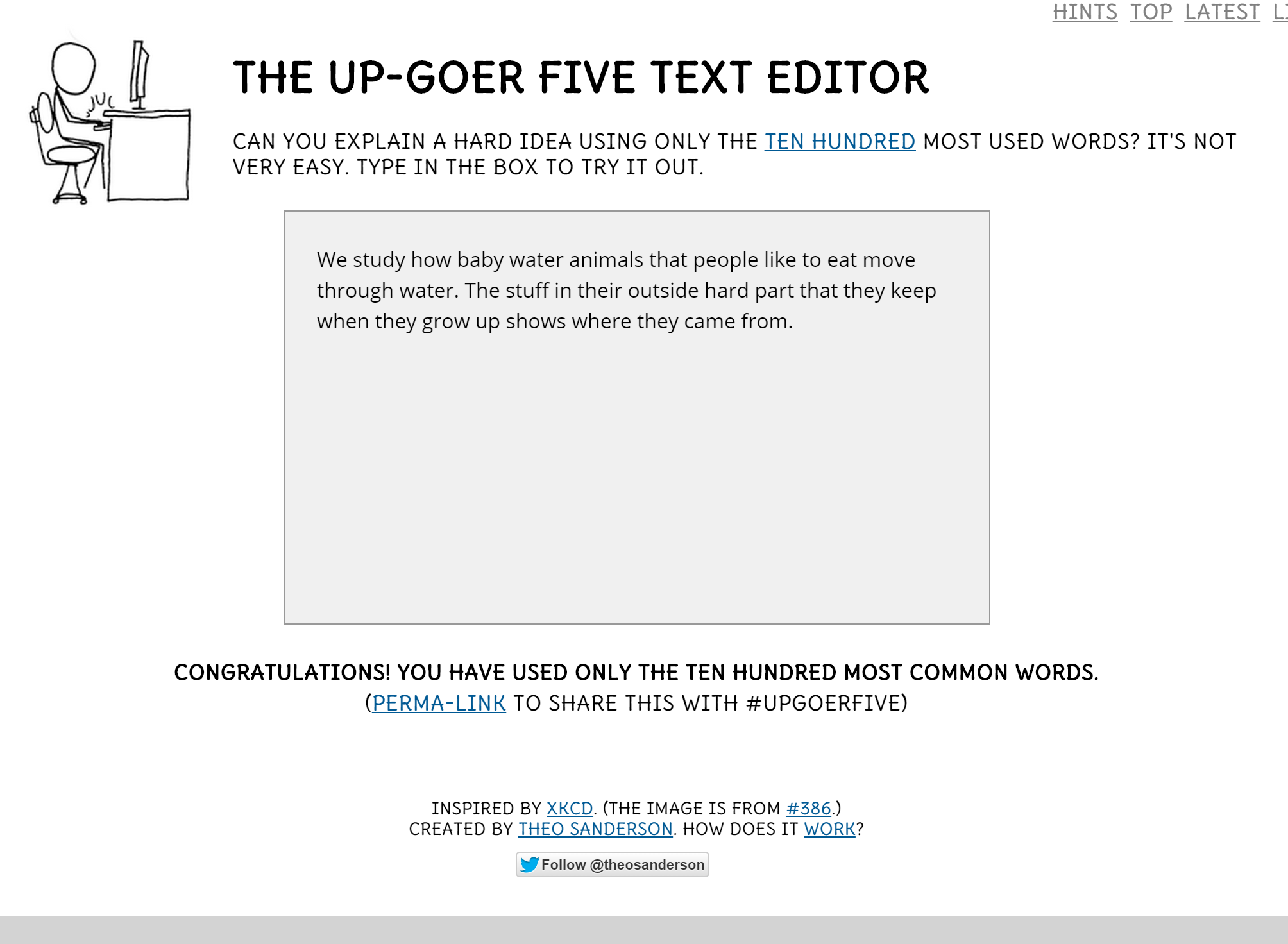