Can larvae navigate in an acidified ocean?

Most people have heard about some of the effects of excess carbon in our atmosphere, such as increasing average temperatures, melting glaciers, and rising sea level. A less well-known consequence of excess carbon in the atmosphere is that the oceans are becoming more acidic. The is caused by the chemical reaction that occurs when carbon dioxide mixes with water. This effect has already been measured in oceans around the world, with a dramatic effect right here in Puget Sound. It is expected that the ocean as a whole will become 0.3-0.4 pH units lower by the end of the century.

Why should we care about the ocean becoming more acidic? Although the pH change of the ocean will not affect you if you go swimming in the ocean, other organisms are not so lucky. Many organisms, such as the shellfish larvae we study, will create calcium carbonate shells using chemicals found in the ocean around them. These chemical reactions can be sensitive to acidic conditions, causing organisms to use more energy to create their shells or in many cases, death. Interestingly, the effects of ocean acidification on calcifying organisms can vary from negative to neutral to positive, creating a suite of future winners and losers in our ecosystems. Oyster hatcheries in the Pacific Northwest have already experienced dramatic declines in production tied to ocean acidification, and most have been able to correct this by buffering the seawater entering their facilities. For wild shellfish, the solution will not be so simple.

Scientists at the Washington Department of Natural Resources (WDNR) and the University of Washington Seattle have recently studied the effects of seagrass beds on ocean acidification in Puget Sound and Willapa Bay. During the day, seagrasses photosynthesize, a process that takes in carbon dioxide and makes the surrounding water less acidic. On the flip side, the seagrasses respire at night, when they “exhale” carbon dioxide back into the water making it more acidic. So every day, the waters around the seagrass beds get more and less acidic.

WDNR then wanted to know–can bivalve larvae use this effect to their advantage? Do they move towards the less corrosive water during the day and away from the more corrosive water at night? That is where my professional larval tracking lab comes in. This summer we will be working with WDNR and UW School of Aquatic and Fishery Sciences to catch geoduck clam and Pacific oyster larvae both in and out of seagrass beds, and see if this predicted behavior holds true.

Little is known about the effects of acidifiction on marine organisms in natural habitats. This study will help us to better understand, and predict, the long term effects of increasing carbon dioxide in our atmospheres and oceans.

This work is being done in collaboration with Washington Department of Natural Resources, who are providing funding.

Ruesink, J. 2014. How Much Do Organisms Affect the Carbonate Chemistry of Coastal Waters? Presentation at Ocean Acidification and Sea Level Rise: Science, Policy, and Commerce in Aberdeen Washington. Video here and slides here.

We have accepted the “Up-Goer Five” challenge to describe our scientific work using only the most common 1000 (ten-hundred) words in the English language. More information about the challenge can be found here. 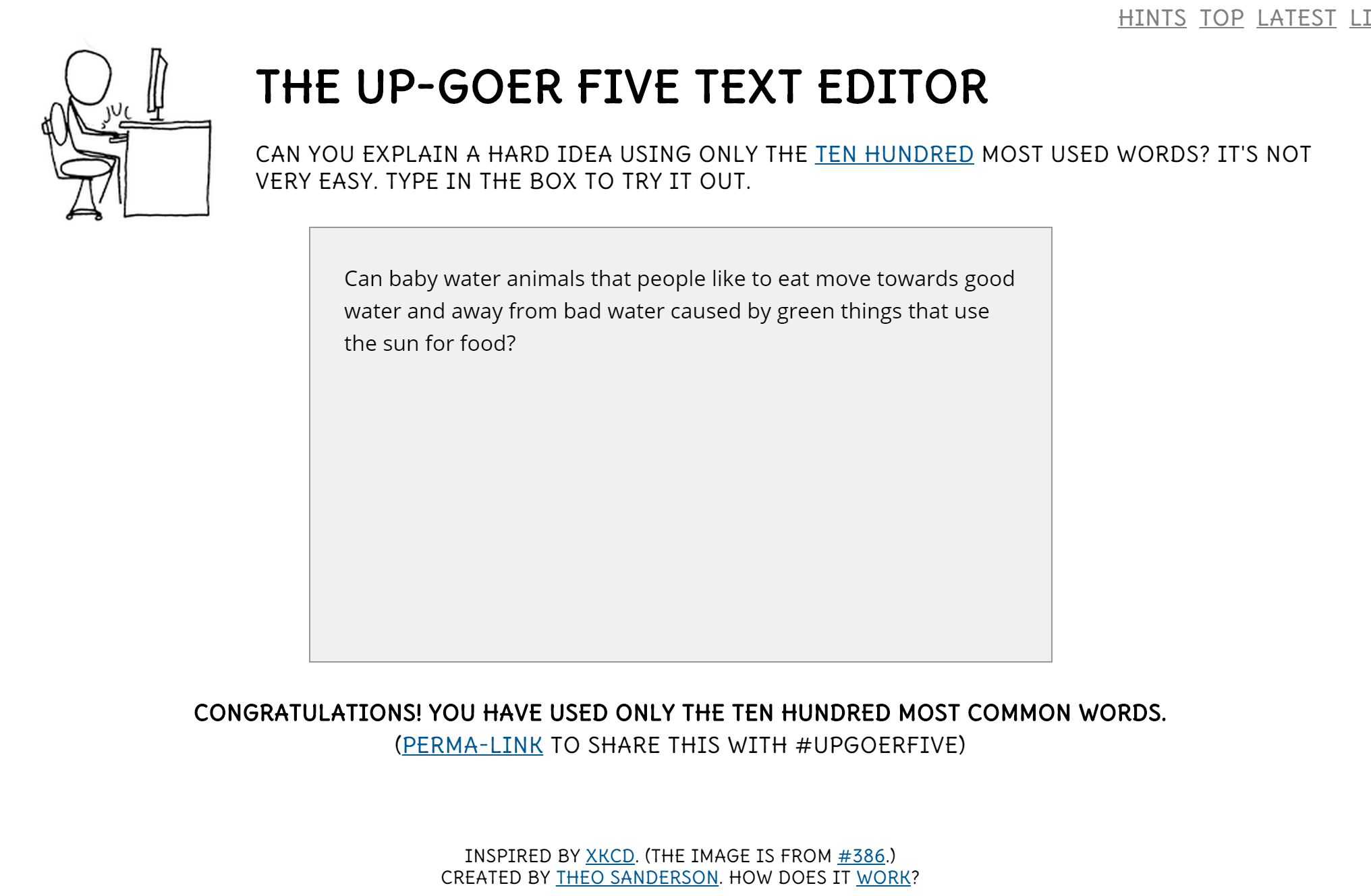